Melinda Garfield is the Executive Director of Westwood Media Center, (formerly WestCAT), as well as the former President of MassAccess, a non-profit organization that serves and supports local access cable TV stations (community media centers) across Massachusetts. Before coming to WMC, she was the Director of Production Services for NewTV in Newton, MA where she won numerous awards including a New England Emmy® as the Associate Producer of “The Folklorist” in 2014.  Melinda has previously worked on freelance projects for Powderhouse Productions, Straight Ahead Pictures, Cutter Productions, NBC30, and mtvU, and was the Office Manager for iDeal Partners Film Fund, where she coordinated film premieres at Sundance Film Festival. In addition, Melinda taught digital media at Rumney Marsh Academy Middle School in Revere, MA.

Connor Lynch is the Director of Original Content of Westwood Media Center. They have been involved with Milton Access Television since they were a teenager, working as a Production Assistant and Director. Prior to working for WMC, Connor was a Master Control Operator and Director for Lax Sports Network, and a Technical Director for Pride Productions in Hempstead, New York. Connor received their degree in Video/Television from Hofstra University in 2014. Connor attended high school at Catholic Memorial in West Roxbury, where they worked on the morning news program CMTV for two years.

Grey Ginaitt is a Production Coordinator at Westwood Media Center. He freelanced for WMC before graduating from Curry College in 2022, and was fully hired after graduating. He earned a degree in Communications with a concentration in film studies at Curry. Before working at WMC, he interned at Milton Access Television doing editing, being a technical director, and filming for various videos. Grey worked on multiple other projects throughout high school and college, including advertising for his high school yearbook, and being on a mock-professional set working as a cinematographer.

Patrick LaBelle is a Production Coordinator at Westwood Media Center. Before working for WMC, he was the director of the documentary Soldier X; A Season to Remember which chronicled the story of the 2018 Canton High School Boys Basketball team. In addition to filmmaking, LaBelle is also an avid music fan and was an active member of the college radio station WMUA 91.1FM at the University of Massachusetts Amherst where he received a degree in Communications. He has also worked as a freelance videographer for UMass Athletics and First Scout Productions.

Proudly A Member Of 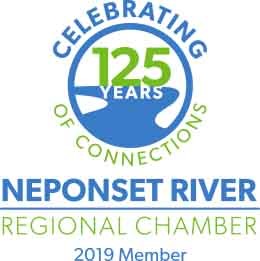